Where Are The Charges? 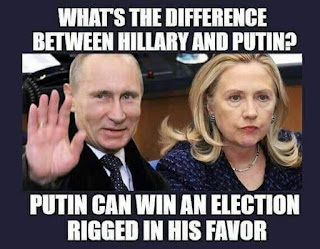 Is there no justice in this country anymore?

We would have held on to more seat if those pesky provisional ballots kept showing up.

I meant hadn't kept showing up. ♥

Sandee: I got your point. The dems have been stealing or attempting to steal elections for a long time. I remember reading how Joseph Kennedy screwed Richard Nixon out of an election won by his son, John F. Kennedy. They don't teach real history in schools anymore, so many young people today would call me a conspiracy nut for bringing up that incident. We've been played for years and the tactics are even sneakier now.

They are quite sure the ends justify the means of getting there.

And we have not come near to understand what the final ends are, i don’t think. It’s a lot more than what appears on the surface, i suspect.

Jan: THEIR ends don't come anywhere near what's good for OUR ends. The elites will always fare well, and we, the peons will struggle.

Messymimi: I may be wrong, but they're reaching for a global socialist state that ensures the elites riches and the peoons as little as possible. The story of socialism/communism hasn't changed at all over the years.

Justice, Not yet Cube.

Kid: We are a democratic republic than operates on a Rule of Law. if that goes to pieces, we're no better than a banana republic.

Cube, imo we have already gone banana. The question is can we get it back. I couldn't possibly name someone in the federal government since 1993's bubba clinton adminsitration (at least) who followed the rule of law.

Kid: I get it. The corruption is deep. How we get it back is the question.

Justice is vaguely defined these days. The FBI has been revealed as the creature that many of us always thought that it was.

Yes, the corruption is deep...I keep hoping against hope (tho it's dying) that Trump has seen it and some of the things he's done lately are working towards cleaning up the deep state corruption, but I'm losing enthusiasm, sadly.

You're wondering when Hillary will pay? When pigs fly. Or is that one in the same!?

Hillary and Bill have too much on too many to find justice...unless it's Western Justice...and they're too smart to leave cover of their walled compounds and Secret Service protection.