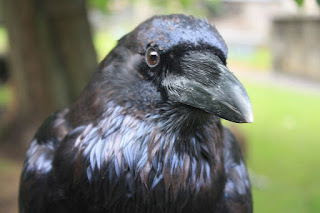 These Tortoise-killing Ravens Are So Smart, Scientists Must Use Drones To Stop Them

I've read elsewhere that they are scary intelligent.

Smarter than many humans too.

Join the "Don't Marry Movement". There are 3 main points:

Read the full essay explaining the purpose of the movement here: https://womenarestupid.site/blog/the-don-t-marry-movement

I hate to see any animals killed, but they they're killing Turtles. Hey, can we refocus them on Mitch McTurtle !?!?!?!

Ed Bonderenka: Ravens and crows are very intelligent. So are squid, octopi, and pigs. Very under-rated in the brains department.

Sandee: Lol. I see where you're going with that 😉

Anonymous: Women don't appreciate your wonderfulness, do they, Nathan? They just don't notice your awesome presence. ☹

Kid: I don't like to see the killing either, but sometimes a population takes unfair advantage and biologists have to cull the herd. The ravens are overtaking the turtles and it's more humane to hunt them while their still eggs.

Yea, I know Cube. IS what it is, but I still wouldn't mind seeing Mitch McChuckles covered in oil and rotting away.

There are articles i’ve read that make me hope i never, ever make a raven or crow angry with me. Lots of smarts, but i wonder how much wisdom (just like with most humans).