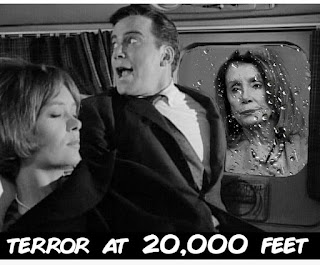 He doesn't involve himself in politics on Twitter which is very refreshing.

It's maddening to see how many people do introduce politics into the most innocuous tweets. Mostly it's Trump hatred, but as you can see, it also comes from the right. I think it's wise to keep on topic while tweeting. If it's a cute kitty or puppy tweet, keep politics out of it. Save the politics for political tweets.

That's Twitter. On The BLOG, however, I make the rules and my #1 rule is: There are no rules, so here goes. 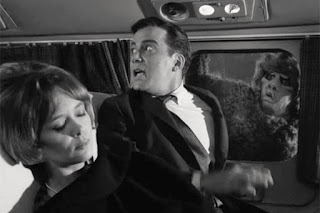 Frankly, I think Vodka Pelosi's version is scarier, don't you?
Posted by cube at 9:47 AM

Pelosi just shaved a little hair to turn herself from a gremlin into the Speaker of the House. The personality remained the same.

Amazing the number of ways you can make a statement these days.

Yea, the Nana version is scarier at this point. Man, I was a little kid when I first saw this Twilight Zone episode. When that curtain was pulled back, I jumped out of my skin. Scared the heck out of me - a rare occurrance even in those days.