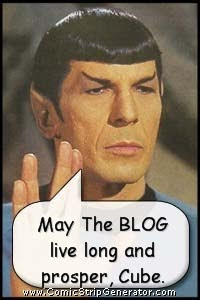 The man who started it all.

Isn't it astounding what he started.

Messymimi: Yes, astounding is a very good word to describe what he created.

Natural herbs have cured so many illness that drugs and injection's can't cure. I've seen the great importance of natural herbs and the wonderful work they have done in people's lives. i read people's testimonies online on how they were cured of Herpes, Hpv HIV/AIDS & STDs, Diabetics, Gonorrhea, Hepatitis, trichomoniasis, etc. by herbal medicine, so i decided to contact the doctor because i know nature has the power to heal anything. I was diagnosed with Herpes for the past years but Dr Chike cured me with his herbs and i referred my aunt and her husband to him immediately because they were both suffering from herpes but to God be the glory, they were cured too .I know is hard to believe but am a living testimony. There is no harm trying herbs. Contact Dr on Whats-App . +2333502715551. text/call via: +1 (719) 629 0982 , or you can also contact through his Facebook Page @ Dr Chike Herbal Remedy.

Thank you so much.
ดูหนังออนไลน์ 2021
รีวิวซีรีย์ฮิตติดกระแส

On last nights news, they had the story of a father who wanted to tell the “School Board” the story about his daughter who was raped in a school bathroom by a transgender sBoy who was dressed in a skirt and who attacked, and raped his daughter in the Girl’s bathroom and HE was prevented from speaking to school board officials at a public meeting and then thrown to the floor, and thrown out of the room by at least 4-5 Police officers .These are the Domestic Terrorist that President Xiden has sent his storm troopers out to oppress!. Is this the sort of "Terrorist Parents” Biden wants to set the FBI on? The victim becomes the criminal in Biden's dysfunctional America. This is where we are in Joe Biden Land. It is TOTALLY Sad, to see that has become of this Country in such a short period of time. Because of the ILLEGITIMATE, MORONIC President that was INSTALLED by the Democrat Socialist Party.