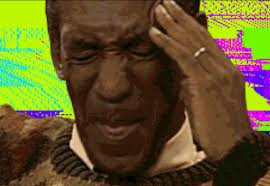 Allen West On Bill Cosby’s Pro-Moslem Post: Are You Crazy?

They protect their women??? Oh, please. Is he in the throes of dementia?

I will always admire Bill Cosby. He served his country admirably in the US Navy. He raised a fine family and received a high education as well as educating his children. He suffered the loss of his only son. He set an example for black and white families by creating one of the most successful family television shows in history. Now he is well into his 80's and we look for ways to pick him apart. Each religion is filled with zealots that create bad and evil marks on the religion while many teachings are good. Cosby's final remarks said it best: "...We don’t have to become black Muslims, but we can embrace the things that work.”

Poor Bill seems to be getting old.


Cube - I'm with you on this one.
Some of the attributes he lists are positive ones - but he shouldn't attach them to Muslims - and that we should be like them.
We have enough positive attributes of our own - if we choose to follow them.

Granny Annie: I agree with you about Cosby's past achievements, but I differ about this last one about black moslems.

The last thing I will credit islamics with is when their mathematicians fully developed the decimal place-value number system to include decimal fractions, systemized the study of algebra and began to consider the relationship between algebra and geometry, studied and made advances on the major Greek geometrical treatises of Euclid, Archimedes, and Apollonius, and made significant improvements in plane and spherical geometry. That pretty much ended in 1600.

What have they done for us lately?

Alas, it would seem that Bill has been trying to undo most (if not all) of the good will he has been accumulating over the years. Now, this is not to say that what he said was completely untrue, and I know this from personal experience. For one of the most respectable individuals I have ever met was a devout Black Muslim from the Atlanta, Georgia area. Nonetheless, by failing to address the fact that Black Muslims certainly have their share of very dangerous radicals, he failed to make as much of an impact as he could have. Be assured that I also have some personal experience with somewhat less than respectable Black Muslims. For one tryed to start a fight with me on a shipping/receiving dock around Jersey City, New Jersey one night just on account of me happening to be white and obviously not from around that neck of the woods.

The terrorists protect their women the way Tyson protects chickens.