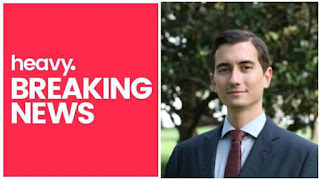 For the record, this pencil-necked geek worked for:

And also for the record...

What was in the envelope, Ms. Sheila Jackson-Lee?

Remember this come this November.

Giving out addressses could make him an accessory to murder with all the crazies around.

They are lower than low. MAGA.

I hope he likes (and will) wearing orange.

We are and have been at war with the democrats/left. It is said that when half the country refuses to recognize a valid election, then we are in a civil war.

No doubt about it. And these pukes aren't going away.

What envelope? Oh, you mean that? Well, I was just sharing my grandmother's recipe for pie, that's all.

We need a sarcasm font.

Jan: Some of these loons are almost child-like in their lack of thinking of consequences. You don't publish addresses for obvious reasons but they don't get it. It's as though they live in a different world than the rest of us.

Comedy Plus: What's to hate about the lowest unemployment rate since 1969 (I was 12) and a super high GDP. Who hates the financial high that rises ALL boats. Certainly not JFK.

Ed Bonderenka: From your lips to God's ear. There are plenty of favors to be had if you have the right friends, so I'm still wondering if he'll get his due.

KId: They may not be going away, but neither are we. MAGA.

Messymimi: Oh, I wish you could find out that pie recipe because it sounds like it would be devine /s

For sarcasm, I use the /s but you're right, we could use a better sarcasm symbol.