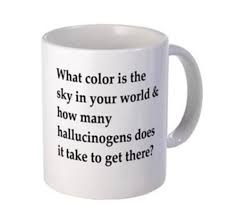 Kavenaugh endured, not six, but seven investigations by the FBI and no inappropriate allegations were proven factual.

As a lawyer, Hillary, you should know there is a big difference between the two investigations... one found NO proof and the other found PROOF, as in a blue dress.

If Monica Lewinsky hadn't kept that dress (at the behest of Linda Tripp), she would've been destroyed.

I would think that would be obvious to most people by now.

It's obvious, but they don't want it to be.

Messymimi: When you have the majority of the media on your side, you can get your point of view exalted on the never-ending 24/7 news cycle.

I almost feel sorry for the poor demented woman. She has to know what a sleaze he is but she has to defend him.

Jan: I think her entire life has been one of convenient denial. In the old days she denied Bill's cheating and now she's denying her feeble sick body. Then again, mayhaps it's more evil intent to deceive rather than denial.

If you're a democrat there is a different set of rules. You get passes that republicans don't get. We all know that. Look at Keith Allison. A perfect example.

Comedy Plus: Yes, and we need to change that. It's important to vote in November.