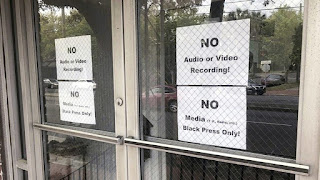 I hope you're discussing tolerance and love between all members of the human race at your meeting.

Messymimi: I know the feeling.

I feel the same way about the 'black caucus'. How about we have a white caucus, a Christian caucus, a heterosexual caucus, a tax payer caucus, etc.

Blacks (and others) only know how to shoot themselves in the foot. We're tired of them, but then again, they may just end up being the majority before long.

It only goes in one direction, Cube. The only time they listened was back in Tea Party days. When we voted the curs from office

What if a black owned newspaper sent one of their white reporters to cover the meeting?

The Real Dave Miller, Not the Mexican Preacher said...