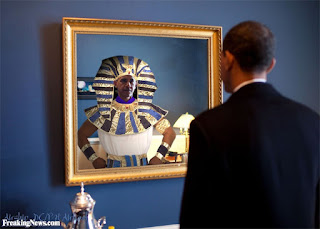 That’s the worst showing for an incumbent president’s party since the Richard Nixon years, due to the taint of Watergate.

Yet the king of denial still doesn't get it.

I think he gets it, he just isn't going to admit it. He's going to blame everyone except for their party. The media is doing exactly the same thing.

I think Trump will do just fine. Far better than Obama has.

I'm not sure he gets it at all. He is like a spoiled child surrounded by other spoiled children egging him on.

Sandee: You're right. Whether obama gets it or not, he's never going to admit it and we're never going to get into his peanut brain and find out the truth. He will continue to blame the world and even any life on extrasolar planets for his shortcomings.

I think Trump knows he's swimming in a tank full of sharks and he'll act accordingly.

Jan: I hear what you're saying, but I think on a certain level obama does get it, but he just doesn't want to accept it because it would be too much of an ego hit. He'll deny, deny, deny until pigs fly and the subservient media will be more than happy to oblige his wet dream.

Messymimi: The dems are acting like sore losers. They need to stop their whining and get to work helping our country heal itself from the last 8 years of obamination.