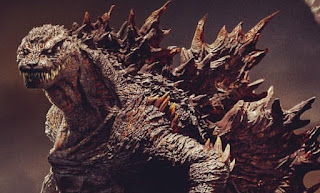 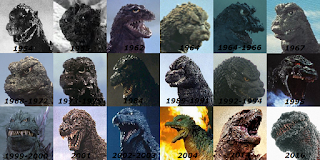 I went to the movies for the first time in about eight months and viewed Avengers: End Game. It had been highly touted. There were trailers for the upcoming Godzilla film. Godzilla saves the planet...the big guy is on our side now, or so it seems.

LL: I don't know how it happened, but you caught this post unfinished. There was supposed to be a kaiju cat in the mix in there somewhere for Cat Blog Friday.

LL: Godzilla has saved our collective butts many times. In current Hollywood thinking, they might make Godzilla a never Trumper saving us from him. I wouldn't put it past them.

Some have compared the attitude toward Godzilla to that of the Japanese people and how they saw themselves after the war, that as he came to be on our side, they as a people were recovering.

Messymimi: Yes, I've heard many theories about Godzilla (Gojira) turning from being a horrible monster to a kaiju helping humanity.