The University of South Florida, my alma mater, decided the school needed a re-branding and the old logo had to go...

So they decided to commission a new logo... 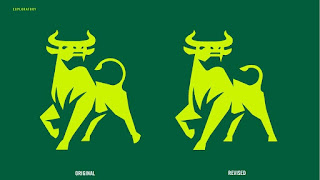 ‘We Still Hate It.’ USF Students And Alumni Respond To Final Logo Design

It was announced yesterday that the new and not improved logo has been killed.

So at a cost of close to a million dollars, USF has reverted back to its old design:

This is a commercial for how to manage money. That's what it is. What a waste.

I would have held a contest for high schoolers to design a new logo. Winner gets $1000.00. Simple and would save a million bucks.

If anything, it’s an example of how raising tuition has created a cash glut so that they’re throwing money around like it’s rolls of toilet paper.

So checking on the interwebs, USF has an College/School of Arts. So why didn't the brain trust just use in-house talent to design a new one? I mean, if they don't have confidence in their own students and teachers, mayhaps they need to get rid of said arts school.

Imagine that money spent on the USF Golf Course, famously known as The Claw!

The course has been neglected for years, no doubt in a cynical effort to dissuade players from bothering to patronize the course and thus providing a pretext to demo the course and build the next generation of "Diversity" housing on what remains state subsidized property that is immune from the pressures faced by other decaying golf courses whose owners fail to resist the the Developer's constant
whispering of sweet $omethings in their ears...

This kind of thing is maddening!

It's only money.
Just not their money.

Lol as long as I don't pay for it! What a waste of state funds!