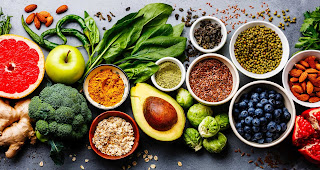 Very interesting read. I hadn't thought of it in those terms, but it's spot on.

Well said. And i’m vegan ‘cause i like it that way, but i don’t expect everyone to be (and yes, i will cook your steak for you, not a problem).

I see no burgers or lobster tails in here, and therefore I've lost interest.

Sandee: I thought it was an interesting read, too. Anyone can be put off by pushy people of all stripes. Have you ever been around a reformed smoker? Yikes!

Messymimi: Love it. I learned something new about you. Thirty years ago, my first personal experience with vegetarianism came after inviting a friend and his new girlfriend over to our house for a BBQ. As the date neared, he called and asked if we'd be offended if his girlfriend brought her own protein source. Not only were we not offended, but I called back and asked her if they'd be willing to risk trying my first attempt at veggie lasagna instead. I warned that the evening might end up with a pizza delivery, but she very graciously accepted. My veggie lasagna was a hit; everyone, including my meat-loving husband, had seconds 🙂

Kid: I like to keep the meats away from the veggies until it's time to cook them. Personally, my usual meals consist of a little meat and lots of veggies, but I'm flexible when it comes to other people's tastes. It's all good.