In 1958, a prankster named Jerry Sprague appeared on rural Michigan roads dressed as a ‘blue alien’, freaking out drivers. 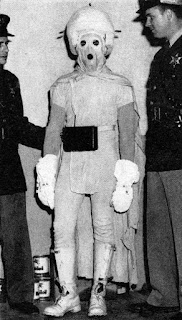 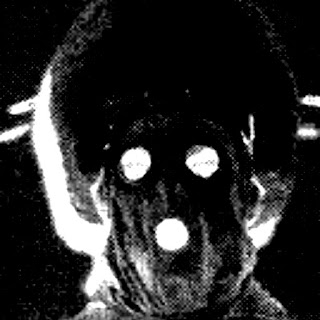 FTA: "Some said the man appeared to be ten-feet high. Others thought he was only two-feet high. One motorist claimed he "ran faster than any human.""

It was a more innocent time.

1958? Couldn't have been me then since before my time. Not sure this space dude would have even raised an eyebrow around Flint town though. I looked it up and it was no surprise to learn this happened in Bad Axe. We try to disassociate from those weirdos over there in the 'thumb'.

DaBlade: LOL. I thought of you when I saw that it happened in Michigan. Now I'm going to have to look up Bad Axe and the 'thumb' (suckers).

How fun. People can come up with the weirdest things to do.

If that happened up in the mountains, he'd likely have been shot. Once they discovered it was a guy in a costume, there would have been a brief trail funeral with a few words said over the carcass before it was rolled into the gully. They're not fond of illegal aliens in the mountains.

Granny Annie: Down a rural road in the dark, anything running by might be scary, including a guy dressed like that.

Sandee: It looks funny to us now, but it was a more innocent time back then. We're more cynical nowadays.

Today some space aliens would be offended.

These days, everyone would assume it was someone walking home from the WalMart.

Sweetie’s dad and a good friend pulled off a stunt many years ago, convincing everyone a stretch of road was haunted. They had fun while it lasted.

Jan: Lol. If they were portrayed as looking like the 1958 "blue" alien, they should be offended. Everyone knows real aliens are much better looking 😉

Messymimi: Good old-fashioned fun. The kind of stunts I used to pull. Love it.