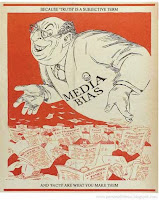 We're not letting this one just slip away...

The Unbearable Whiteness Of Being On JournoList (Important Update)

Legal Insurrection has a picture of a group of Journolister at a WH briefing called after the election by Journolister Jared bernstein who went to work for Biden.


Among the attendees is Oliver willis. I emailed him and asked if he was a member but got back a non-answer. It is certainly possible he was one of the journolisters.I told him he was deflecting and asked again if he was and if he wasn't for an explanation of why he was invited to the WH with a group of Journolisters.

Who woulda thunk, a lack of diversity among libs? Or a lack of openness and variety of thought or ideolgy? OMG it couldn't be!
(major sarcasm) Those who claim to be diverse, promote diversity are actually the least diverse people and are a bunch of hypocrites.

Karen Howes: This is an incomplete list, but there was one black guy at the end. I can't wait to see the rest.

Always On Watch: You can ask until pigs fly, but you will only get a non-answer in reply. These journolisters don't like to be on the answering side of a difficult question.

I would love to see the rest of the list, wouldn't you?

Teresa: They are the worst offenders. Of course, it wasn't like it wasn't intuitively obvious to anyone with two neurons to rub together that they were colluding. They were using the same words! Rush often plays a montage of idential words often used by these "journalists" for a given story.

Think back to one of the idiots (Olbermann?) at MSNBC attacking the Tea Party for racism and almost all of their on air people are white.

No surprise here. Leftists excluding people of a certain color.

Chuck: I remember that incident. It was yet another spittle-spewing rant from Olbermann. Just like every night his show which I never watch.

WomanHonorThyself and Brooke: Hypocrisy is their middle name. Isn't accusing your opponent of your own offensive behavior one of Alinksy's lefty rules?