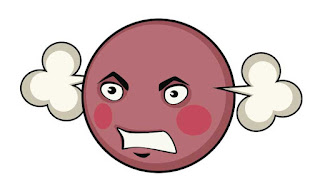 Don't see any t-shirts and parades in this poor man's support.

3 killed, 27 Wounded Over Eight Hours In Chicago, Including Boy, 7

Don't see any outrage over these deaths.

Don't see any outrage over this poor woman's death.

Gosh, it took an article in a UK paper to bring out this incredible stoppage of a "supposedly" free press behind ropes by Hillary, a democrat.

My Fourth of July weekend could've been better without hearing this crazy a$$ news and this selection is just the tip of the iceberg.

Oh the hood rats. There are too many.

Oh let's not talk about the millions upon millions of illegals thugs running our streets. You're being racist if you do. This guy was deported 9 times.

Have a fabulous day my friend. ☺

I wanted to do an AWWW Monday post, but so much happened over the weekend and I couldn't help myself. Our society is being overrun by thugs, but we need to ban guns. Seriously? That's like banning guns during a zombie apocalypse.

Kid: Yes, and I don't like living in a madhouse.