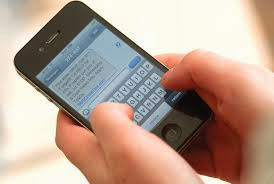 I think a retired police captain should know better.

Well, of course it was Florida...

And not too far from where I live. My daughters have been to that theater group.

I'm a retired sheriff's lieutenant and I don't go to movie theaters anymore because people are so rude there. They talk, text and whatever else they want to do and the rest of us are supposed to just deal with it. This is over the top though.

I know what you mean. I don't go to theaters often either. The last time I went to one was for the midnight showing of the last Harry Potter film.

I'm usually one of those people that waits for the DVD.

Why are so many people so violently on edge?

From what I know about this terrible incident, the movie hadn't even started; the texting was occurring during the previews for pity's sake.

Yikes! I hate rude, disruptive and selfish people also, but maybe he could have aimed for the text hand and administered a flesh wound instead of taking the guy out. Glad this guy didn't go to my church or there would be a few less blue-haired elderly ladies with cell phones turned on within the deep recesses of their over-sized handbags and who have friends who always want to chat around noon on Sunday.

I took your nerd test. I'm not a nerd or cool. I scored a 28. And, I don't shoot texters in theaters.

Cube - You are so right. The police officer shoul have known better than to attack the texter.
There is so much shooting going on that people should not carry guns around. If there were no guns then there could be no victims. Right?