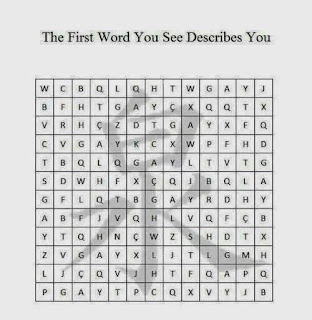 Uh...I saw GAY many times. Could it be after all these years than I am in the closet and don't even realize it?

Not that there's anything wrong with that ;-)

I too saw gay more than once.

Helena: They're not in the word gay.

As near as I can tell, the word "GAY" appears in this, by my count, ten times. I could not, scanning it horizontal, vertical and diagonal, make out any other English word. I think the biased intent and purpose is clear.

PS. Although, Not knowing the character used, Chinese, Japanese, Korean, Other, the word "Gay" also has the meaning, though not used this way in today's PC popular culture, can also mean and originally meant when I was born, "happy".

BTW back in the day, the word cute used to mean bowlegged. When it comes to language, usage is king.