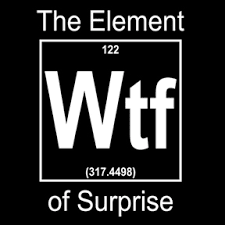 Don't forget this come the election of November 2018.

The corrupt, lying, smug, sly, elite media always takes the high ground to defend illegal alien murderers who slaughter young, attractive women with their whole lives in front of them. It makes me wonder what would happen if illegal aliens (or anyone else) went on a killing spree where members of the media - or their children were the victims? Would they feel differently about it?

LL: Yes, in their gated communities and far, far away from where these illegals might vote them into office without even needing any ID.

We're all vulnerble to the evil that took this young woman. It's a matter of time.

Yep, they are news outlets, their agenda outlets. That's all.

Jan: Many years ago we were vacationing in Cape Cod at my husband's parents house. Being from New York, I'm used to locking everything, so when baby girl, mom-in-law and I went for a morning walk , I locked the door behind me. Unfortunately, MIL didn't have the keys because they never locked their doors on the Cape. It made for a tense walk, but luckily, once we were back home, I (being from New York and using those skills I learned in NY) was able to break into the back bathroom window and let us into the house. My MIL turns to me and says, "We don't have to tell the boys about this do we?" and I said, I won't tell if you don't tell. It was a bonding moment. I think it took 20 years for this story to come out to the boys.

Man I hate the left so much. Pure evil.

I also wish it had been some open borders moron like Cortez who was murdered by this illegal vermin but it never is is it?

Sandee: Thank goodness for the internet.

Kid: The left makes me very angry, too... not angry enough to hurt someone. We can talk them to death ;)

I'm only suggesting we trade cortez for Mollie. No, I would not support Cortez being killed as a one off.

I would like to see the fascist (antifa) protestors end up in the hospital though. I have no problem with that.

>Would they feel differently about it?

Probably not. Exhibit A: Amy Biehl

Sometimes i wonder what has to happen to change some people’s thinking, but there are many so stuck on their own way they can’t even see how bad it is.

Kid: Cortez went to visit her former coworkers at the restaurant she tended bar at.
It's closing.
It can't afford the new higher minimum wage laws she supports.

Saw that Ed, confirming another Einstein theory, humans have no limit on stupid.

TG he didn't get away with it!