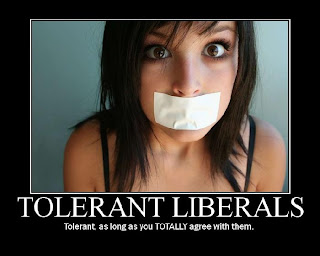 Boy is this the truth!

If you ever wondered what side of the fence you sit on, this is a great
Test!

If a conservative is down-and-out, he thinks about how to better his situation.
A liberal wonders who is going to take care of him.

If a conservative doesn't like a talk show host, he switches channels.
Liberals demand that those they don't like be shut down.

If a conservative is a non-believer, he doesn't go to church.
A liberal non-believer wants any mention of God and religion silenced.

If a conservative decides he needs health care, he goes about shopping for it, or may choose a job that provides it.
A liberal demands that the rest of us pay for his.

If a conservative reads this, he'll forward it so his friends can have a good laugh.
A liberal will delete it because he's "offended".

Well I forwarded it to you so where does that put me?

SO funny that you posted this, too..and today! I like your image better than mine!

Thank you, Z. I'm finally free of the taxes and have more free time. I'll be dropping by more often.

That was great!! And so true! Libs= thought police
Libs want to try and control everyone and their actions surrounding them.

Well, the last point is clearly designed to paint liberals who would delete this as humorless. But that's silly, because why would they forward such a one-sided piece on? It's not even written in a comical tone, so it's just a list of generalizations.

To make this actually funny, it should seek to offend all. For example:

OK, so maybe that's not super hilarious, but you see what I mean.

But here is the REAL TRUTH: Conservatives are too conservative. Liberals are too liberal. I am somewhere in between conservative and liberal. If everyone were more like me, the world would be a better place. ;)