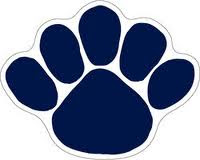 District Attorney Who Never Charged Sandusky Has Been Missing Since 2005

I remember watching some forensic show which featured this missing DA's case. Authorities never found Ray Gricar's body, but his car was found in a Lewisburg parking lot and his laptop, minus the hard drive, was found in the Susquehanna River.

Now we hear DA Gricar had Sandusky and the mother of one of his victims speak in front of police in 1998, the report was referred to as "unfounded" by the DA's office.

Coincidence or is this going to get uglier?
Posted by cube at 1:47 PM

It sure doesn't look good, does it, Cube?

It sure doesn't look good. This just keeps getting nastier and nastier every day.

At the time I watched this forensic show about the missing DA I had no idea he was connected in any way to Penn State and this scandal.

Now I'm reminded of the old cop adage in response to a person pleading innocence, "If you're so innocent, why am I here asking you questions?"

Who knows where this will end up?

I think we can be sure it will get uglier and uglier. It's hard to believe how stupid they all were with a pervert in their midst.

This whole case just blows me away. I had no idea about this connection. Just when I think it can't get any creepier, it grows.
The news bits I first heard made it sound like the incident was quickly reported, then that changed to after something like 9 years!
It's just too big to fit in my head.
I am so repulsed.

Jan: It's hard to believe that the money involved around a football program can be more important than a bunch of little kids who have had their lives ruined by these repulsive men.

Silly Rabbit: I hadn't linked the missing DA case with Penn State until today. To be fair, there may not be a connection, but it sure does smell like a rat to me.

It really does smell that way!

I think we are just seeing the beginning of ugly.

If this is true

we are going to need a new word, ugly won't be enough.

It could get worse. Consider that the Catholic heirarchy all these years later after their similar scandal broke are STILL dragging their feet.

Leticia: I think you're right.

Chuck: We have to see if this is true or just a rumor.

dmarkes: Why do you think so many of us are lapsed catholics?

Cube - Can it get any uglier?