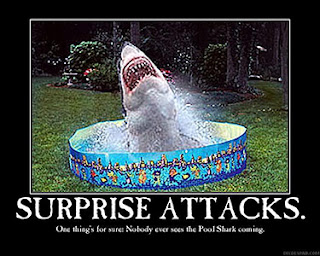 EXCLUSIVE: Barack Obama's Close Confidante Valerie Jarrett Has Moved Into His New DC Home, Which Is Now The Nerve Center For Their Plan To Mastermind The Insurgency Against President Trump

I believe President Trump knows there are sharks in the pool.

The Obamas might just be renting out their daughter's room to make ends meet.

Jan: Lol. I don't believe that for a NY minute. They're in it because they don't like losing power. I think it's that simple.

He's done and he needs to move on. His policies were awful. Especially his foreign affairs. He had policies but they were terrible policies. We could all see that. He can try, but there's a new sheriff in town. Trump will do his eight years and then a democrat will take over. They need to focus on their party, not the other side of the aisle.

Sandee: That is he is DONE is what's driving him. He had a taste of the power and he wants more. Trump strikes me as a scrapper and he'll put him in his place.

As I've been saying a while - The dems have declared total war on America and have been executing it for years now.
While the stupid dems believe obama is helping them with their pissant agenda, he is really helping the moslems with their worldwide caliphate. That is all he is interested in if you look at the things hes done the last 8 years. Things like lgbt activism are window dressing for the morons.

Love that pic, n have written about sharks a few times. I just hope we make it thru the next few years with all these changes getting pushed on us! Had trouble getting to your blog all week. Finally got thru from a comment at Annie's.

Wait... Jarrett just moved in with the obamas? How long before we see Barrack move into Anthony Weiner's bachelor pad?

DaBlade: Ha! It's a big house. Plenty of room for Reggie Love to move in. Oh what fun that would be for everyone!

Snaggle Tooth: I think we'll all be fine. Some of these changes needed passing.

I can't imagine why you wouldn't be able to get through, but I'm glad you were able to in the end :)