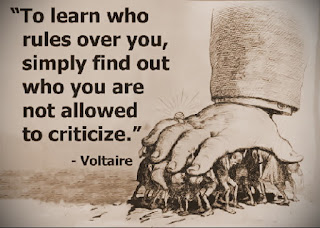 I'm going to pursue this issue because I don't think Twitter has any business banning this woman's account just because they don't agree with her beliefs.

Where do they get off inflicting their intolerant ways onto the public at large?

Who made Twitter the moral arbiters of anything, much less what we, the people, think is acceptable in social media?

Twitter needs to un-ban Elizabeth Johnston's "The Activist Mommy" account because it isn't up to you them to pick sides on the political landscape.

The concept of free speech seems to be dead.

There is free speech, but only if it fits a certain narrative. We all know that. We have a lot of censorship going on in social media.

Have a safe weekend. ☺

It's so sad that many want the benefits of free speech only for themselves and those who agree with them. it will be taken from them eventually, too, and they have no clue.

Jan: Free speech is only dead on the conservative side of the political spectrum. On the liberal end, free speech is free as a bird.

Sandee: We seem to be on the wrong side of 'their' narrative.

Messymimi: Exactly. It's like feeding your neighbor to a hungry alligator so that it won't eat you. Eventually, however, that alligator is going to get hungry again and it will come for you.

Oooh, that's a good one.

The concept of free speech seems to be dead.

roth phallyka: Yeah, that's what Jan said. Do you have something that's non-monosyllabic to add? In that case, we'd all like to hear it.