Too Close For Comfort 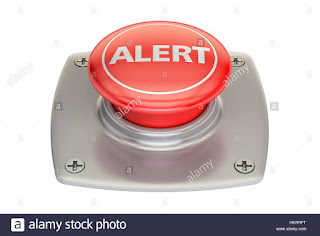 Red Alert For The Republic: HALF Of Americans Just Voted To Destroy The Country By Putting Socialist Democrats In Charge

No Trumpers who didn't vote, this election chaos is all on YOU, and right now, in my eyes, you're worse than democrats.
Posted by cube at 3:47 AM

I was depressed the day after the election for holding out hope the crazies would be defeated. Optimistically, the mumbling nancy and her caravan of crazies will try to cause some chaos in the House but they will only manage to achieve a red avalanche in 2020, despite the Nevers.

It should never have been this close and now the election stealing is being put into full gear. Gillum, Nelson and Abrams are calling for recounts and holy cow, boxes of uncounted votes are being found. This election fraud couldn't happen had it not been such a close election. They can cheat a little, but they can't cheat a lot. This is on the republicans who didn't vote.

I live in California and I always vote. Our state is lost and it's not a state that I'm proud of anymore. I need say nothing further.

Comedy Plus: I have always voted. When our girls were little, they'd always come to vote with us every single election. I will continue to vote even as I watch Florida falling progessively dem the same way as California. I hear you. I'm not proud to be a Floridian anymore.

I don't think gridlock is such a bad thing.

This Californian voted, too, and almost always do.
I TOTALLY agree...If you didn't vote Republican because of Trump, you deserve what we now have. We don't deserve it, YOU DO !!

Jan's right, I think......I think we'll come up on the GOOD side of this gridlock and I think Pelosi may get ousted (couldn't happen to a nicer person!) and the stuff the far left has planned for Trump is SO stupid and helps America NONE, like his tax returns, Russian collusion BS continuing, picking on Melania, impeachment, etc., is going to make THEM look WORSE THAN EVER.

I feel sad that my hopes for Hispanics voting Republican are VERY clearly dashed...I have heard so many on talk radio say they're Republicans...but this election, particularly in California, (going even farther Left), shows that I was dead wrong.....they want their goodies. And it's Dems who get them for them, never mind money's running out.

Please pray for Mom, Sis and Bro-in-law, all evacuated in the fires here....beautiful homes, full of the things of life, could be gone soon :-( I am really worried.

It’s so sad, it reminds me of stories of Huey Long. Plaquemines Parish was in his pocket — the sheriff there would not count the vote until they knew how many votes, if any, Huey needed to win. They would then stuff the ballot boxes with enough votes to get him in, usually more people “voted” than lived in the Parish. So sad to see in this day.

Z, i am praying for your family.

We have a regular caller on our show who couldn't vote for Romney because he's a mormon.
He called and said he couldn't vote for a republican now because they still fund PP, did not suppress gay rights...
My co-host ended up yelling at him and hung up on him.
I was so proud.

I have a potpourri of complaints about repubs, but I have Always voted anti-democrat. Always. They are pure evil and must be put down like rabid dogs if America is to survive.

Yes, I was very disappointed to see so many dipsticks still voting democrat after the vile stuff they've been up to the last couple years. I have little hope half the country can pull their heads out of their butts.

Now they're doing their voter fraud thing with the close elections in Florida and AZ. Imagine 78,000 ! fraud ballots for Nelson. I pray we can get solid evidence and put these SOBs away for a good while.

Jan: I'm not a fan of gridlock because nothing gets done. The same old faces stay in office and the younger ones can't move. The populace loses... again.

Z: I can't say it often enough, but Hispanics are a very different group of people. The only ones that are reliably conservative are Cubans. Mexicans, Central & South Americans, Puerto Ricans & Dominicans are not. The country is flooded with all of them. How they vote is more free stuff.

I'm glad your family is safe.

Messymimi: I'm so glad you brought up the Huey Long era. You would think we'd be beyond this kind of corruption, but it's as though the more things change the more they stay the same. Yet, the corruption I'm seeing nowadays is worse than Mr. Long ever conceived.

Ed BonderenkaL We don't need democrats when we have republicans to bring us down. Fellow republicans are our deadliest wound.

BTW Good on your co-host.