Do All Black Lives Really Matter? 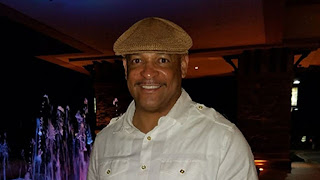 A federal law enforcement officer in California who was shot and killed at the U.S. courthouse in Oakland during a protest for George Floyd that turned violent has been identified as 53-year-old Patrick Underwood, his family confirmed to Fox News.

Doesn't his life matter too?

So very sad. Oakland is not far from us. ♥

Sandee: It is very sad. Even sadder is the fact that I'm not hearing a nation-wide cry for his senseless death. Don't get me wrong, I'm not calling for riots, but maybe just a mention that this man died in the line of duty over what?

My heart aches so much right now, i am not sure how much more this old world can take.

Nothing matters to savages lusting for violence and new home furnishings and appliances.