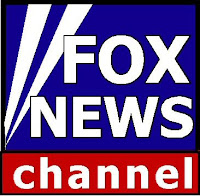 Yes, the press pool, consisting of reporters from ABC, CBS, CNN, FOX, and NBC, told Obama that if FOX wasn't allowed to interview the Pay Czar, then none of them would interview him either.

Michelle Malkin @ Hot Air seems to think that it's more from self-preservation than from the larger principle of free speech, but I'll take the baby step in the right direction.

Fox News couldn't PAY for the great publicity the White House is giving them.

But I don't think the FOX brouhaha was meant entirely for FOX. I think it was a salvo across the bow to all media outlets to let them know what would happen to them if they strayed from the party line.

Perhaps they overreached with their ham-handed attempt to lock out FOX from the pay Czar interview.

Like I said, it was a baby step in the right direction. I'll take it, but I want more.

Wonders never cease. Meanwhile, Fox News continues to eat all of their lunches.

I'm sick of this gov't trying to control everything. Who do these elitists think they are??!!
Hrrrumph!!!!