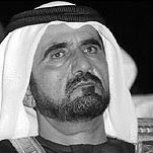 Follow the money that flows into Hillary's campaign from nefarious sources...

First it was Norman Hsu and the ChiComs, and now it's from a shady sheik that's facing a class-action lawsuit for facilitating the enslavement of thousands of boys for use as jockeys in camel races.

Read about the shoddy mess at Doug Ross @ Journal:
The Strange Case Of Hillary's Sheik

Shall Shrillary's Shadowy Sugardaddy Sheik Be Shackled Shortly?
Posted by cube at 11:47 AM

Seriously, Shrillary is going to wind up returning more money than most folks can raise!

Yes, but is she really returning it? I don't believe anything that comes out of the Clinton camp.