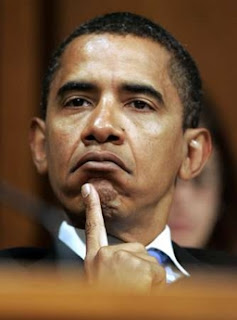 Michelle Obama Solidifies
Her Role In The Election

That is exactly the message given to young Jedis in the "new" Star Wars movies. Blame george Lucas.

just go along with me on this...

Sage advice. The power of rhetoric lies in the powers of emotion and feeling, not in cold and calculated REASON.

This is when the sophist is at his best.

The Legal Arguments of lawyers (as both Obama's are familiar) are SELDOM concerned with truth. In order to become a leader, one must seduce his audience and make them fall in love with him... allow themselves to become hypnotized...

Le Bon’s crowds can come together without leaders, its hypnosis can be self induce but:
“they are so bent on obedience that they instinctively submit to whoever declares himself
their master” (Le Bon: 1920 64). The crowd needs leaders and automatically seeks them
out. This was a potentially dangerous situation because Le Bon’s atavistic crowd
represents a regression to an earlier stage of evolution. With socialists and anarchists as
the leading crowd agitators the world was at serious risk of decline. Luckily Le Bon
offered his work as a guide for the domination of crowds by the right sort of leaders.

Freud (abstract), "Group Psychology and the Analysis of the Ego"...

Le Bon's description of the group mind is discussed. If the individuals in a group are combined into a unity, there must be something to unite them, and this bond might be precisely the thing that is characteristic of a group. Le Bon thinks that the particular acquirements of individuals become obliterated in a group, and that in this way their distinctiveness vanishes. The racial unconscious emerges; what is heterogenous is submerged in what is homogeneous. The mental superstructure, the development of which in individuals shows such dissimilarities, is removed, and the unconscious foundations, which are similar in everyone, stand exposed to view. In a group, the individual is brought under conditions which allow him to throw off the repressions of his unconscious instinctual impulses. The apparently new characteristics which he then displays are in fact the manifestations of this unconscious. Le Bon believes that the individuals in a group display new characteristics which they have not previously possessed. Three factors are put forth as reasons for this: 1) the individual forming part of a group acquires a sentiment of invincible power which allows him to yield to instincts which, had he been alone, he would perforce have kept under restraint; 2) contagion; and 3) suggestibility. A group is impulsive, changeable, and irritable. It is led almost exclusively by the unconscious. A group is credulous and open to influence, it has no critical faculty, and the improbable does not exist for it. A group is subject to the magical power of words. Groups have never thirsted after truth.

Two artificial groups, the Church and the army, are examined. In a Church as well as in an army, however different the 2 may be in other respects, the same illusion holds good of there being a head who loves all the individuals in the group with an equal love. Everything depends upon this illusion. In these 2 artificial groups, each individual is bound by libidinal ties on the one hand to the leader (Christ, the Commander in Chief) and on the other hand to the other members of the group. The essence of a group lies in the libidinal ties existing in it. Panic arises if a group becomes disintegrated; the mutual ties have ceased to exist, and a gigantic and senseless fear is set free. Panic fear presupposes a relaxation in the libidinal structure of the group and reacts to that relaxation in a justifiable manner.

From being in love to hypnosis is only a short step. This is the same humble subjection, the same compliance, the same absence of criticism, towards the hypnotist as towards the love object. The hypnotic relation is a group formation with 2 members. A formula for the libidinal constitution of groups is presented: a primary group is a number of individuals who have put the same object in the place of their ego ideal and have consequently identified themselves with one another in their ego.

So much for reason, logic and common sense, or well thought out policy.

A few examples (These do not represent my daily routine, btw!):

I don't 'feel' like making my kids lunch today. Does that make it right not to feed them?

I 'feel' like sleeping with some guy I just met. Does that make it right to commit adultery against my husband?

I 'feel' angry when someone hits my car. Does that make it right to beat them to a pulp?

Maybe SHE should run?

I'm surprised they even want us to feel Cube!

It strikes me as funny that he actually listens to that kind of touchy-feely advice. The liberal left is all about emotion and very little rational thought.

The legislate their feelings now. Just wait until they get to enforce them.

Granted he is a charasmatic speaker and as Biden pointed out he is "clean." But I haven't heard the first solid policy statement he's made. Has democrasy come to this?

hammer: You betcha! The jack boot of the nanny state will stomp over our freedoms.

He will let you know what his policy statements are when he FEELS like letting you know.