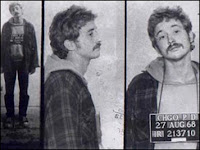 Here's an excerpt that says it all:

"In his last debate with Hillary Clinton, Obama referred to Ayers as a “professor of English,” an error that the media then repeated. Would that Ayers were just another radical English professor. In that case, his poisonous anti-American teaching would be limited to a few hundred college students in the liberal arts. But through his indoctrination of future K–12 teachers, Ayers has been able to influence what happens in hundreds, perhaps thousands, of classrooms."

The truth is Bill Ayers is Ward Churchill squared. His influence in the "social justice division" of the education system is widespread, anti-capitalist, and anti-American in nature.

With mentors like Reverend Wright and Bill Ayers, Obama shows either a singularly boneheaded lack of judgement, or worse, a shared ideology with these mentors.

He's more and more coming off as a bonehead with a lack of judgment AND one who shares a frightening ideology.

OK, Cube. Here's the tough scenario for you:

The choice for president--not for a party nomination, mind you, but for The Prize--comes down to Hillary versus Barack. There is no option to abstain, to emigrate, or to commit suicide.

Given all you've seen and heard in the past year, if forced to choose, who gets your vote as the worst of two evils--and why?

Relax, my dear friends. November will be as sweet as pie because after the Democratic Party gives Obama their golden ticket, McCain will simply point to any of his POW scars and say, "It was America-haters like Mr. Obama who did this to me and they want to do it to you, too."
Done!

Oh how the mighty have fallen.
Obama's perfect image is no more.

I see a pattern. why are people denying this pattern exists?

I see a pattern too, JM.
None of the candidates is truly acceptable, but if I was voting for worst...well, you have a congenital liar who is a thug and a bully, or a secret mohammadin with VERY shady connections and a cousin trying to turn Kenya into a sharia state...who is also an elitist.
I guess I'll vote for the mohammadin, at least you know you can't believe the lying thug, you KNOW where you stand with her...