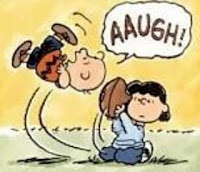 The American Spectator has a good article about the politicization of the NFL among other institutions...

Who Is DeMaurice Smith?

Racism is alive and well in America and it is being perpetrated by the left. How
racemongers such as Al Sharpton and Jesse Jackson are afforded any credibility is an outrage, pure and simple.

hard to believe they sponsor this race hustling liar.

Lee: I would like to box the ears of each & every one of the CEOs of these companies that fork over money to the likes of Sharpton & Jackson.

With all the worthwhile charities out there, it is a darned shame that these idiots waste corporate money on these professional racists.

I'd be delighted to see Rush sue.

I agree, I would like to see Rush sue. Time to hold these SOB's liable

It was almost humorous to see all the leftards jump into the fray with the wiki proofed fake quotes attributed to Rush, their hatred on full display.

Everyone I know and trust believes this is a clear cut case of libel and Rush should sue. But I doubt that he will. He'll take the high road.

Political bigotry is alive and well.

RightKlik: Me too. At the very least, he should demand apologies from the media outlets that flat out lied.

Chuck: Yeah, it's past time.

DaBlade: Funny how CNN will fact-check a Saturday Night Live skit, but not bother to fact-check a news story about Rush.

Debbie: You may be right about Rush not suing. But he will most certainly extract some measure of revenge on the culprits with his bully pulpit.

Pasadena Closet Conservative: It may have been worse during some periods in our country's history, but it's never been this bad in my lifetime.

can you believe a girl is reading about football. lol :) i can't help it i love it!