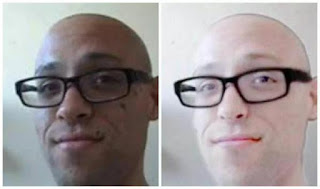 Sad, from start to finish, top to bottom.

If this is true then CNN needs to be stripped naked and flogged in town center. Ideally they should be taken off the air. If true and CNN isn't taken to task in a Meaningful way, then you can kiss this country goodbye, if you haven't already.

So, I don't know what is true at this point. What I do know is that CNN willingly and gleefully posts audio and video that they have alt3ered to fit the leftie agenda.
- showing pictures of Trayvon when he was 13 like this is what he looked like when he decided to try to kill an armed man with his bare hands.
- altering audio, cherry picking words spoken by Zimmerman to make him look racist. He is clearly not based on other known actions.
- altering pictures on Condi Rice to make her look satan-ish by photo shopping her eyes.
-taking the worst possible images of non-democrats to display and taking the very best possible images of the democrat vermin to display.

They do this stuff All The Time.
The left have declared war on America and CNN is center to the effort. They don't even try to hide it.

They need to be sued. Is the a Conservative Lawyer in the House !?

total agreement. I don't know how anyone can watch CNN, they are absurd.

Cube, the color thing is fairly reasonably explained...it's been lightened for printing purposes..MAYBE. That can happen.
BUT...check out the lips and the nose...tell me the whiter pic hasn't slightly thinner lips and the whiter nose isn't less broad....... this is a TOTAL attempt at hiding any Blackness from him. This is a media that's gone berserk in their attempts to keep Americans in the dark...to call it 'news' but only give us how THEY want us to see news.
That's so dangerous for a big free country it's scary.

It just occurred to me....I think they used the same plastic surgeon as Michael Jackson! (smile!)

Z, I agree on the nose and lip modifications.

Well, I didn't know this. If it's true then you know what should happen to CNN.

Kid: Remember 'fake but accurate'? This isn't CNN per se, but the Dan Rather movie that's going to be released soon is still insisting that Bush's fake National Guard documents were accurate.

Jan: I don't watch CNN, but my husband chides me for watching its sister station, HLN, for the morning news. I watch it for its entertainment value because I get my news from the internet.

Z: Not just the "surgical" modifications, but what about the scrubbed social media posts where the Oregon shooter is friends with a moslem with jihadi rhetoric. I don't have any confidence at all that we'll get the facts from the media or the government.

Sandee: I don't know if we'll ever hear a retraction if it's not true. Let's face it, they can mold the news with impunity.