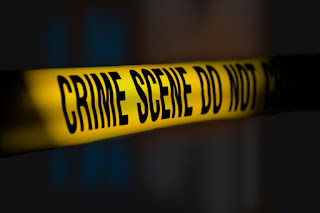 And they want to take away our guns?

Growing up in Indiana I have so many great memories of days in Chicago. Now it is just a jungle. Most restrictive gun laws, most gun deaths.

The link doesn't work so i googled the words of the story and got many matches so the story is being passed on, at least by right wing media.

Your link doesn't work so I Googled it too. What a shame. That's what we are becoming. Savages.

Jan: I grew up in Manhattan. We moved to to Florida to escape the urban violence, but yes, I still lock all my doors, and yes, I have a legal gun. You know what, I can't imagine life without a gun. That's how I roll.

It's awful here, too. Makes me wonder what our grandchildren will see.

Messimimi: I don't know where you live, but having a gun for protection isn't a bad thing. You can take lessons and know how handguns work.

Sandee: The link worked just now... maybe it was just an errant electron ;) You can't trust those atoms because they make up everything. You gotta keep an ion them ;)

You know, I used to think savages were in a country far, far away, but now I think the savages are right here.

Can you Imagine what the vermin would be doing if they knew law abiding citizens were Unarmed ???

Cube, sub atomic particles on the microchips have gotten me more than I care to testify to.

Cube - How can people be so callous as to ignore something like this? Are there no heroes anymore.