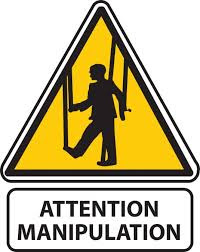 "Attkisson pointed out that "fake news" in the form of tabloid journalism and false media narratives has always been around under different names. But she noticed that in 2016, there seemed to be a concerted effort by the MSM to focus America's attention on the idea of "fake news" in conservative media."

I agree. If you look back, you'll find this narrative building collusion between journalists and other leftists has been going on long before it was called "fake news."

Remember The JournOlist from 2010? It exposed "journalists" coordinating articles with each other to cover up obama scandals in order to get him re-elected. Two names on the JournOlist, Ben Smith and David Corn, were also first to publish the fake Steele dossier at BuzzFeed & Mother Jones. Sounds like they're still colluding.

Just as a rose by any other name smells as sweet, a scandalous agenda-driven attempt by "journalists" to control the views of the citizenry, smells like a cesspool no matter what you call it.

The oligarchs (Clinton, supporters and crew) made their move in 2016 and trotted out their absolute control of the mainstream media for a blitz that would put them into a position of complete power for generations uncounted. They had their organs of power (FBI, etc) all lined up to support their effort. Then Trump showed up.

And they've been standing in the roadway between 'walk and don't walk' ever since, wonder what happened and what to do.

LL: Thanks to Trump, we not just dodged a bullet, we dodged a surface-to-surface missile. It makes my head hurt to think about our country run by a ruthless Hillary with the absolute power she was hoping to consolidate.

I know she and her minions are stunned right now, but they're regrouping and not to be underestimated.

I have never believed much from the MSM but now I believe none of it...very sad how this is happening.

Jan: So much for Freedom of the Press. I want Freedom FROM the Press.

Most of the left is imploding and it's sad to watch. Not that it shouldn't implode, but the fact that they lost their way and can't seem to find their way back to some modicum of normalcy. I'm not sure then can recover.

Sandee: The left needs to find their way back from lunacy if they want to survive as a party. They can start with making rational thought cool again. They're all about the cool.

Even though i’m showing my age to say it, i wonder what Walter Cronkite would have made of all this.

Messymimi: Uncle Walter would be gnashing his teeth over the fact that the MSM doesn't have the complete control of the news that they used to have in his day. I'd bet good money he'd be one of the Trump-hating liberal bemoaning the days when the news could turn the tide of war just by slanting the news to meet their ends. Cronkite helped us lose the Vietnam war and he started me on my way to distrusting the liberal media all the way back then.