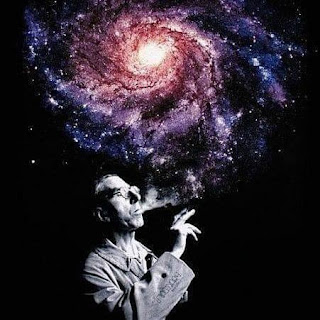 Are we living in the same world or is there some special parallel universe for democrats?

-Wasn't it obama who told then Russian President Medvedev ON A LIVE MICROPHONE that he would have "more flexibility" to negotiate on missile defense afterthe Nov 2012 election?

-Wasn't it Hillary and the Clinton Foundation implicated in the Uranium One deal that allowed the Russians to have control of 20% of the world's uranium supply?

Wait, this behavior isn't new. Let's go back in time and begin with FDR, Harry Hopkins, Alger Hiss and the Venona Intercepts:

It’s The Democrats Who Collude With The Russians

So democrats, it is YOU that have much to answer for in your long history of Russian collusion... well, in this world.

Yep, but if the dems do it it's okay. They have a million excuses why it's okay. It doesn't matter what Trump does. They will find fault. They will go to the negative. They can't see that we can see the demise of their party. They hate Trump that much.

Sandee: That is exactly why I like Trump so much. He knows the left is going to hate him no matter what, so he does whatever he has to do and doesn't give a fig about the fall out. The best part is that he's making their heads explode :)

If you tell a lie often enough...I know people who believe all leftist garbage, and you probably do too.

Makes me wonder what's in the water they drink.

Somebody's pissing in a water tank and filling plastic bottles that are shipped to the Democrats in Congress. Maybe Trump?

It's never good to try to extapolate on what democrats have to say, and most especially what a youtube proven pedophile biden has to say about anything.

I think it was Ronald Reagan who said it is remarkable how much can get done
if one does not care who gets the credit. Compare that to B.J. Billy and
the Kenyan Moonbat. Al Gore was chosen as a running mate for one reason:
He was a total stiff. Biden was chosen because he was a buffoon. His
nickname in the Senate was Slow-Joe Biden.

Scratch any malignant narcissist and you will find a very insecure individual.
This is true of every tyrant and wanna-be tyrant throughout history. One of
the reasons the Soviet Union suffered terribly in WWII, was that Stalin purged
the best of his generals before the outbreak of the war. People like that do not
want strong and potentially popular people in their inner circle.

This is one of the political failings of Marxism. One wants the kind of
people who will not represent a threat to surround him. The more mediocre
one is, the safer the leader is. While I never thought that some "Palace
intrigue" would propel Gore or Biden into the oval office, the current scandal
seems to provide proof that even American is not immune to such things!

Jan: I know too many people who believe the leftist garbage. Actually, even one is too many ;)

Messymimi: Whatever it is, I'm glad some of us are immune to it.

LL: Hush man! That might end up on CNN tomorrow night. First anonymous sources and then the experts chime in...

Kid: I like to give dems, such as Biden, a spotlight now and then just to showcase how idiotic their statements can be.

Sorry I came off that way. I've had a head cold and the democrats have been top of my * list lately so a knee jerk comment. Yes, of course a spotlight regularly needs to be shined on these vermin.

Kid: No worries. You're free to speak your mind here even if you are under the influence of a head cold. BTW I'd take a cold over the stomach bug my daughters and I had a few weeks ago. Anyway, hope you feel better soon.