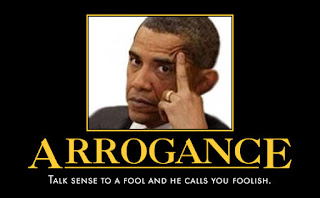 I can't imagine how BO feels seeing his legacy being dismantled by President Trump. Oh, the disrespect.

Trump Acceptance Resistance Disorder was directly caused by the election of Donald Trump as President of the United States of America.

Characterized by a persistent unwillingness to accept that Donald Trump is going to Make America Great Again. Individual sufferers often display signs of paranoia and delusion; in acute cases psychotic episodes have been observed. T.A.R.D. is different from being upset about the results of the 2016 presidential election.

Symptoms: Telling others they are moving to Canada, Fixated on fantasies about the Electoral College, Protesting an election no credible source contests the outcome of, Exclamations that “Someone” should do “Something”, Acute change in demeanor from pompous and arrogant to fearful and combative

Causes and Mechanisms: Membership in the Democratic Party, Identifying as a Feminist Currently enrolled in college, and/or Possession of a Liberal Arts college degree, Living in a densely populated metropolitan area, Massive student debt, Spotty or non-existent work history and Hipsterism

Recommended treatment, group rehabilitation therapy and behavioral therapy and exposure therapy. The patient must be repeatedly exposed to reality, and should wear a Make America Great Again hat as long as they are able to tolerate it.

If the condition occurs more than once a week, it is called Recurring Emotional Trump Acceptance Resistance Disorder or R.E.T.A.R.D. Symptoms include disorientation, withdrawal and isolation. Recommended treatment individual therapy and antidepressants, particularly the selective serotonin reuptake inhibitors (SSRIs)

I think Charlie summed this up very nicely.

They words from the song “You Can’t Hide Your Lying Eyes” comes to mind: “She wonders how it ever got this crazy.”

Messymimi: Thanks for putting that song in my head AGAIN. I can't seem to get away from it.

Add "You've Lost that Loving Feeling". Barack used to like President Trump, back when he was The Donald and wrote big checks to small people running for political office. I think that ship sailed. No more checks from Trump to Democrats.

Now if we can do well in Nov and get a real AG.

Hia "I" speeches have got to be getting on everyone's nerves.

I love how this jacka$$ flails away to no effect. he's like the Bumble after his teeth were pulled. The disrespect shown a sitting president by the previous president should be grounds for a sedition charge.