Remember when Rachel Dolezal was fired from her job as leader of the NAACP when it was discovered that she was just pretending to be black: 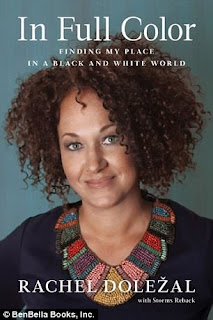 Donezal, now legally known as Nkechi Diallo, is being accused of welfare fraud: 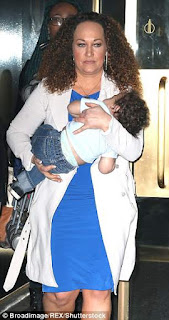 Race-faker Rachel Dolezal 'Illegally Received More Than $8,000 In Food Assistance And $100 For Child Care Despite Depositing Nearly $84,000 Into Her Bank Account After She Released Her Autobiography'

I was shocked, shocked I tell you, that a lying snake in the grass was caught lying again.[end sarcasm]

Her own parents outed her.

Sandee: It's just one scam after another with some people. This woman plays the system like a violin.

Rachel has some bad wiring and I don't know whether she was born with it or whether it's the result of too much LSD or Angel Dust. Given her new adoptive culture, I don't find it surprising that she's on welfare and working the system. Maybe this conviction will convince the NAACP to allow her back into their ranks. Or maybe she needs to mother a few more mixed race kids where the fathers run off as soon as the test shows positive. Eventually, she'll be embraced in the hood as one of the sistahs.

LL: She's transracial, don't you know. By liberal/prog standards, if it's OK to identify as one sex today and another sex tomorrow, why not allow the same fluidity with race. Posing as a high-yellow sistah pays better benefits and, in her case, it did until she got busted again.

Maybe I'll be an Indonesian woman tomorrow. Or maybe not. The whole progressive vibe about swapping gender and race mystifies me. Maybe I'll just stick with being a white (deplorable), heavily armed, hard working, combat veteran, heterosexual, male - by far the lest progressive option available.

LL: Sadly, in the fantasy-riddled, bizarro world of the progressives, you are the bottom of the barrel. I'm not male and I'm not a combat veteran, but I don't rate much higher on their oddly skewed scale either. They especially hate the heavily armed part ;) What do they know?

Hillary would despise you more than me because you'd be a "gender traitor" for your decision NOT to vote for Her. To that extent, you're more deplorable than I am.

LL: I'm happy to be on Hill's s**t list. I wear the deplorable badge proudly.

It makes me both sad and angry. Angry that they've let this country come to this, sad that they don't see how awful it is.

Wait a goshdarn minute here. Her white side could make all the money she wanted but her black side Had to be on welfare. It's state law I believe. She'll skate.

Kid is on to something... My skin is more olive brown than this chicks, so if you all will just send me a check. Shocked, I tell you (crackin' up at Cube)... BTW, her book is written in Honkebonics so if you don't suffer from white guilt and didn't major in African studies, it may not be the book for you.