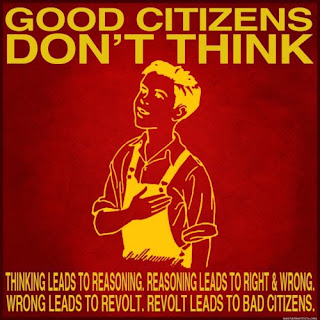 The Drive To Sink Kavanaugh Is Liberal Totalitarianism

Recently I came across a situation where a person who commented something very mildly questioning an event at a live cat cam and it became a call for blocking this person. I didn't think this person was a troll, but thought she was just raising an issue she was uninformed about, but was a valid concern had she known better. I came to her defense and, thankfully, so did others. Big brother is alive and well in more places than you suspect.

I can't believe the current hysteria to stop free speech in this country. Free speech is a basic tenet of our nation's foundation, for Pete's sake. I don't care what side of the political spectrum you happen to fall upon, but it behooves all of us to protect this basic right.

We can listen to years of farrakhan's hateful speech and that's not censored. Heck, he earned a front row seat at Aretha Franklin's funeral, but we can't listen to conservatives?

We can listen to rev. jeremiah wright's hate-mongering and how he ministered to obola and his family for years, and that's overlooked, but we can't listen to conservatives?

There is some controversy about who said this, but it's TRUE today ... "I Disapprove of What You Say, But I Will Defend to the Death Your Right to Say It."

If you're an American, you do believe this.

Remember this when you vote in November.
Posted by cube at 12:12 PM

I think it is more the logic than the speech that they hate.

IMO, the main forces for restricting a person's speech are in order: moslem vermin, democrats and the left, blacks, homos.

We cannot let it happen.

As i read somewhere recently, people don't want to hear your opinion, they want to hear their opinion coming out of your mouth.

Jan: True. It's too logical for the left to understand. They'll never get it.

Kid: I don't want to restrict anyone's speech because once you restrict A's speech or B's speech then eventually they come for your speech. My beef is that conservative speech is what they want to control. They have no right to control any speech.

Messymimi: That is so true.