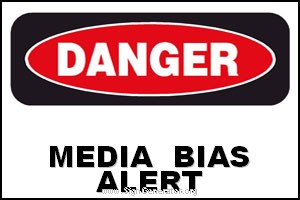 You all know that Rep. John P. Murtha, Pennsylvania Democrat and one of the party's chief Iraq war critics, has called the Army "broken" and urged the White House to withdraw all U.S. troops from the country.

From The Washingon Times comes news the Army has exceeded recruiting goals in the first two months of this fiscal year, i,e, October & November. In fact, the Army has hit its recruiting mark for six straight months!

The problem is that all you hear from the MSM is the left's myth of low enlistment.

The truth is the Marine Corps, Navy and Air Force all met their November enlistment quotas, as well.

Thank God for these brave patriots. Keep them in your prayers.
Posted by cube at 12:02 PM

I just want to add that calls for Murtha to remove his burqa are not off limits. As a Vietnam vet, he should be the first to insist on victory and not defeat.

The main stream media and truth are oxymorons.

If you'd also like to do something to boost their morale, I recommend "adopting" a soldier from Soldiers' Angels (www.soldiersangels.org).

My challenge to you, fellow bloggers: if you have time to blog, you have time to e-mail someone far from home this Christmas, to support their heroic efforts and remind them that the MSM does not necessarily represent the voice of America. Adopt a soldier, or just become part of the Soldiers' Angels letter writing team!

Hey, that's cool. I've never heard of soldierangels.org. What a great little thing we could all do.

SA is a terrific org, started by a mom who wanted to make sure all her son's buddies got letters at mail call. They serve those who are active overseas, those who are wounded and awaiting transport back home, those spouses and children who are here while mom or dad is fighting...you can choose from a variety of simple ways to bless someone.

Sometimes they even write back! My soldier, Ben, who's in Afghanistan with the "Sky Soldiers" of the 173rd, sends me e-mail whenever he can.

Anyway, that's enough outta me. Can you tell I'm really passionate about this topic? Heh.

And, uh...if you're tired of typing all those numbers, you guys can call me Jenny. ;)

We adopted a soldier a few months ago. His name is David and he is at GITMO. We've enjoyed emailing and writing back and forth. He even sent us each GITMO t-shirts from a small store they have on the base. This is a wonderful way to touch soldiers' lives, and they end up touching yours as well.
Another organization that I use is AnySoldier.com
You can send letters and care packages to soldiers without making a long term commitment to any one soldier.
Both organizations are doing great work.

JD: That's another excellent thing to do this time of year. I wonder what your adopted soldier thinks of Rush's Club Gitmo merchandise.